Drawn from the Dark

Sandra worked in mezzotint for many years which led her to drawing with charcoal and an eraser. The principle is the same- drawing light out of darkness.

While studying for my MFA in the 1990’s I worked with mezzotint printmaking.

The process involves indenting the metal printing plate by rocking a toothed metal tool across the surface. Each pit holds ink, and if printed at this stage the image would be solid black. However, the printmaker creates dark and light tones by gradually rubbing down or burnishing the rough surface to various degrees of smoothness to reduce the ink-holding capacity of areas of the plate.

The process of “rocking” a plate is very labour intensive and requires enormous stamina, so on looking for a “softer” alternative, I came across the subtractive technique of drawing with charcoal and eraser.

In subtractive drawing, the artist lays the charcoal dust across the surface of the paper and then uses an eraser to pull out highlights and mid tones. The end result focuses on shapes and shadows, which emerge from the dark background- not too unlike works made with mezzotint.

The technique proved to be what I was searching for- more immediate, and possible to work on a much larger scale.

I had decided I wanted to record annually, the various species of potted Amaryllis hippeastrum that my mother had growing. Hippeastrum is a genus of about 90 species and over 600 hybrids and cultivars of perennial herbaceous bulbous plants.

The flair of the opening petals and the tones when lit from behind seemed well suited to this medium.

The Amaryllis series displayed in this show were drawn from life in 2013, just months after my mother passed away. 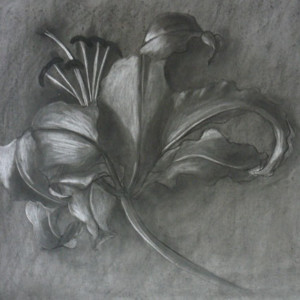 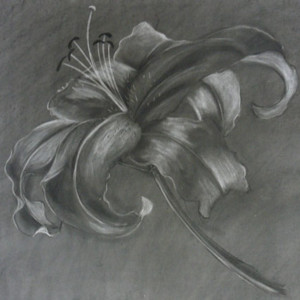 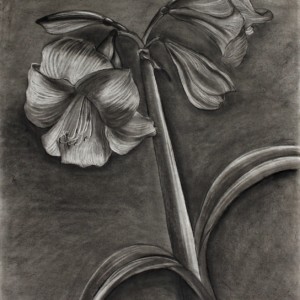 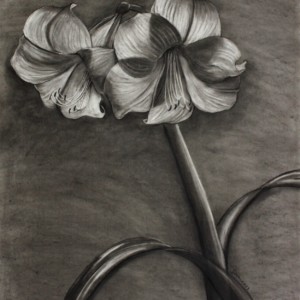 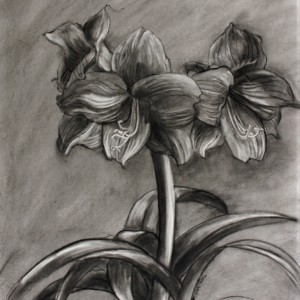 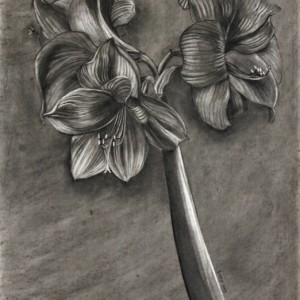 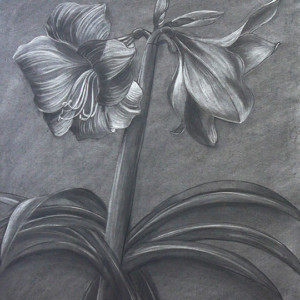 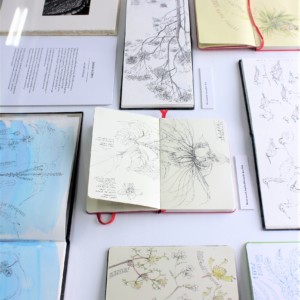