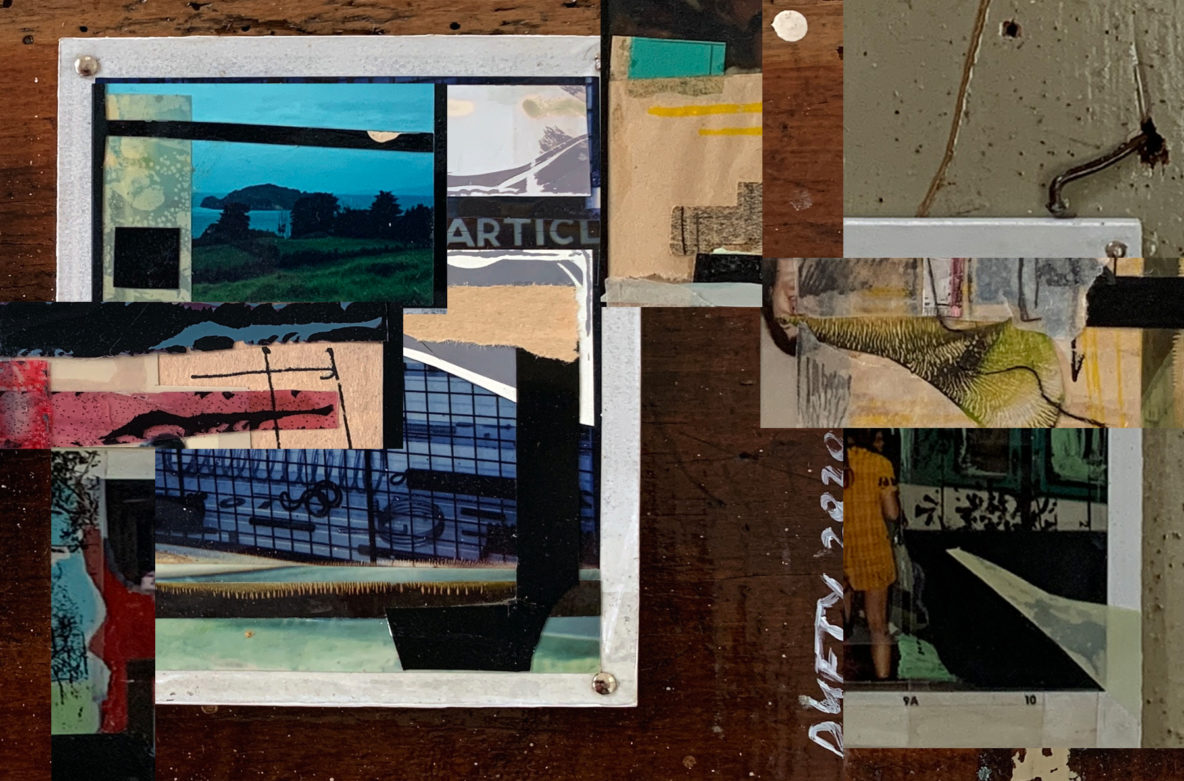 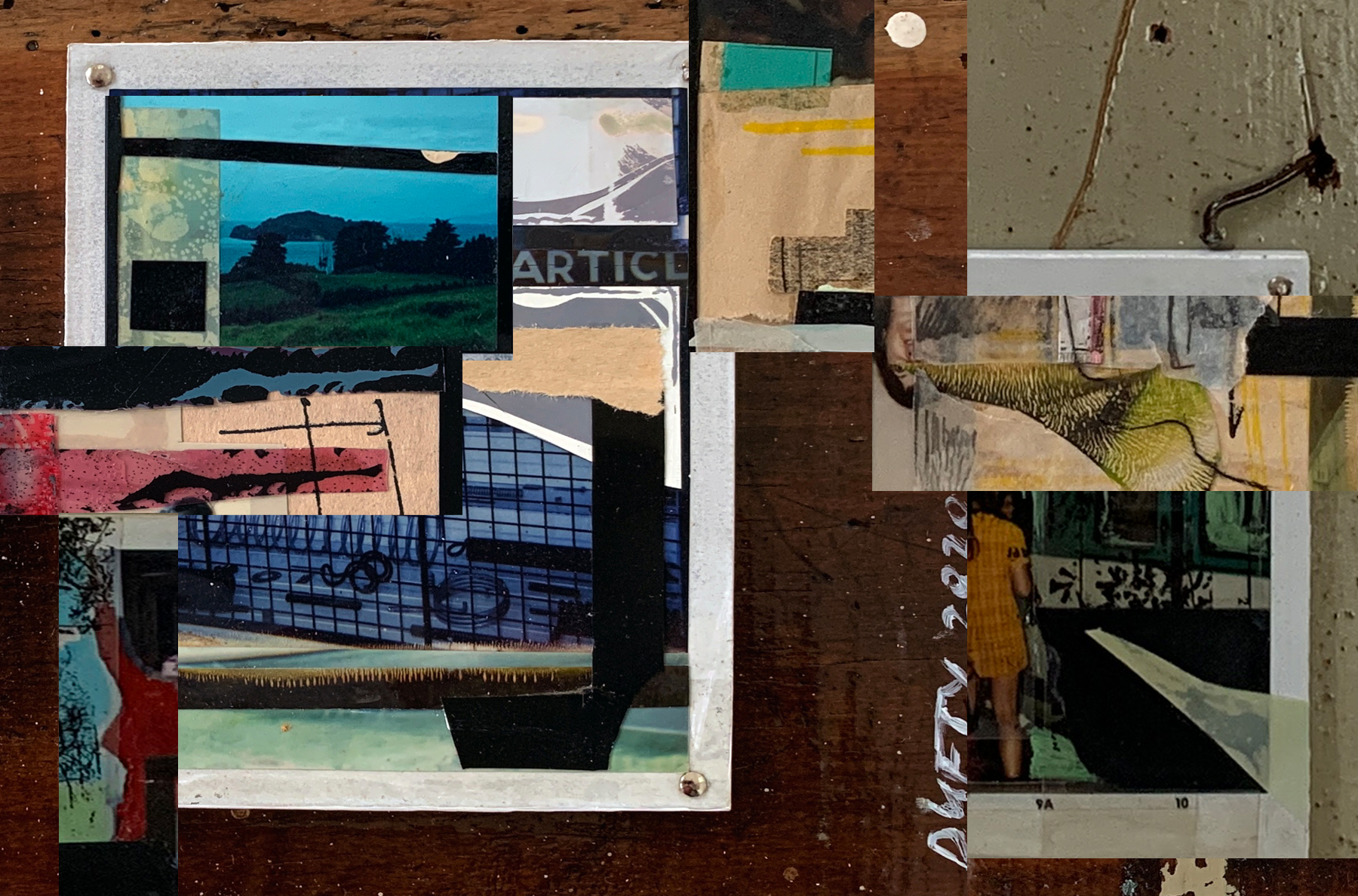 “Work effected in a manner unusual, or different from the common and regular Method of Providence, by the interposition either of God himself, or of some Intelligent Agent superior to Man, for the Proof or Evidence of some particular Doctrine, or in attestation to the Authority of some particular Person” Samuel Clarke 1719

Mirabilla is from the Latin mirari‎ (“to marvel at”), and mirus‎ (“wonderful”). In a theological context it can mean miraculous and it can also be described as an event that is not explicable by natural causes alone. That is not to suggest these collective works should be described as wonderful, marvelous, astonishing, extraordinary or even glorious, but more so that they exist for and from a means to an inevitable end. That they have been born from the most natural states of human exertion, often through the beautiful and extraordinary mundanity of a day to day existence enforced by events not in any way under our control.

These collages came from finding a bunch of old polaroids at the bottom of a box on one such day. They were a delightful find and due to the fact that they were taken between 1995 -1997, many were in rough condition, some stuck together, and still others were of dubious artistic merit. But lockdown me knew they would make great collage material. Cutting up history, memories, fragments. Re-organising, adding to and pasting down new stories. Each scenario reads as a carefully constructed visual narrative, blurring the boundaries between abstract markings and collage, interspersed with quick snatches of reality – me, pets, family, friends, strangers, lovers, objects and places – all captured by a Polaroid CloseUp loaded with Colour 600 film. Most taken 25 years ago and many snapped from overseas.

By linking the polaroids in a diptych or a triptych, I wanted the images to weave new visual narratives, connecting the old to make the new. They are mounted on 100 year old Matai floorboards from the villa I live in and these floors’ trodden have their own tales to tell – both miraculous and mundane to be sure. But when it all comes down to it, having an object over a 100 yrs old hanging on your wall ain’t all that bad. In fact, it might even be pretty damned cool. 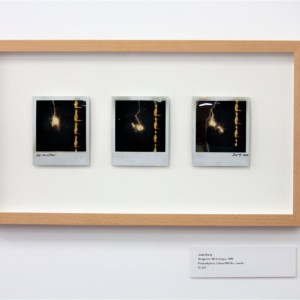 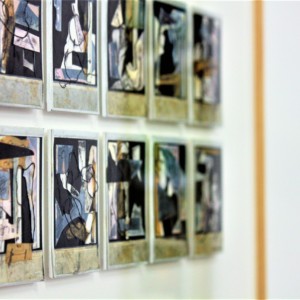 Cain Justifies Fratricide With Lethal Logic (and His Ten Steps Towards Martyrdom), 2020 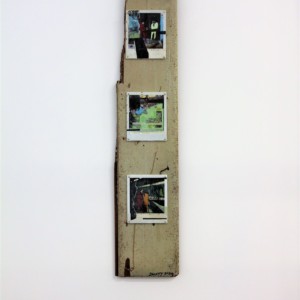 At the Impasse of Unlimited Transgression, 2020 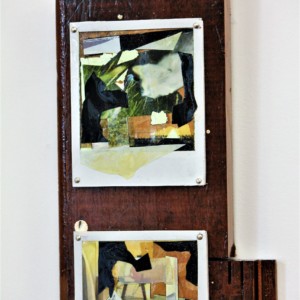 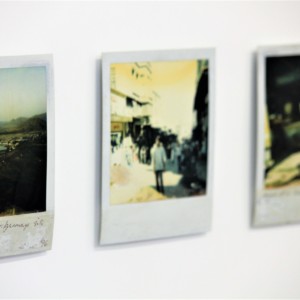 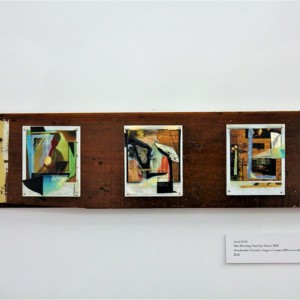 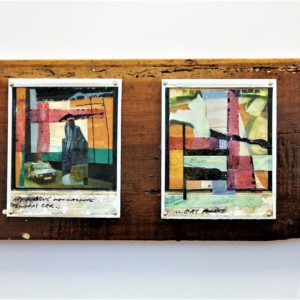 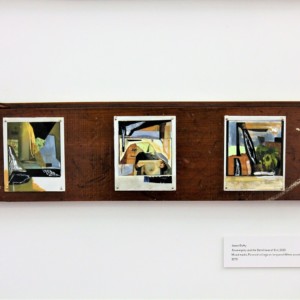 Sovereignty and the Saintliness of Evil, 2020 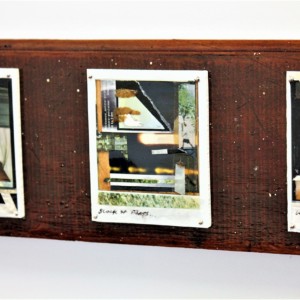 Sustenance of the Infantile Situation, 2020 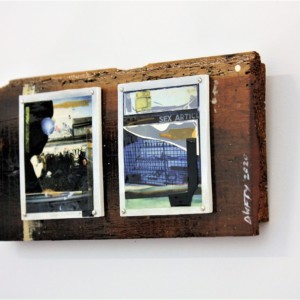 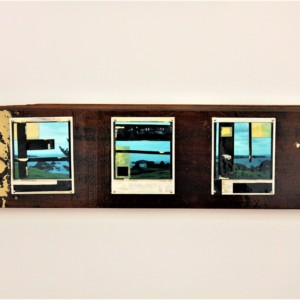 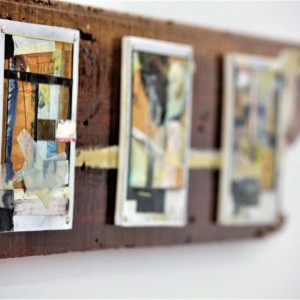