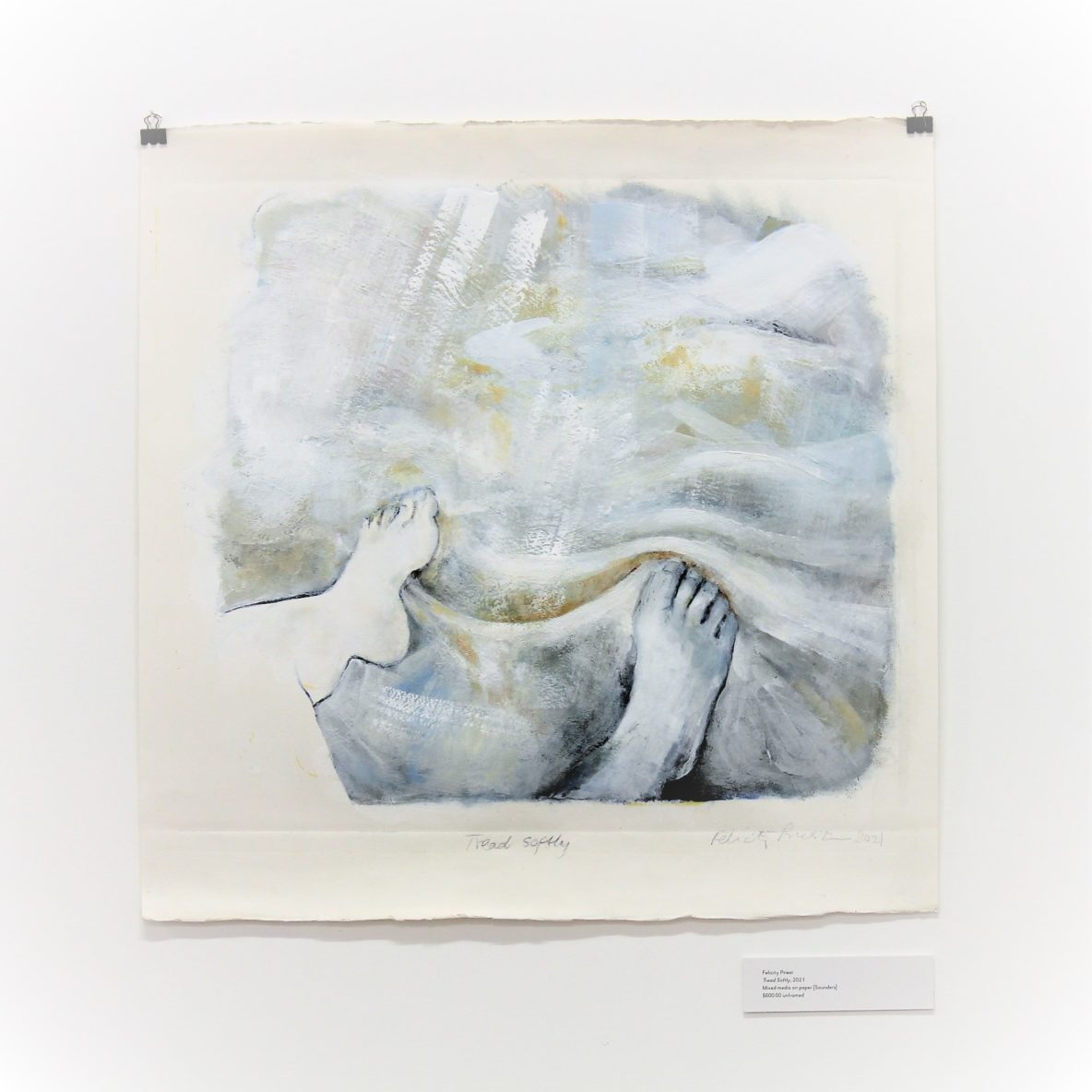 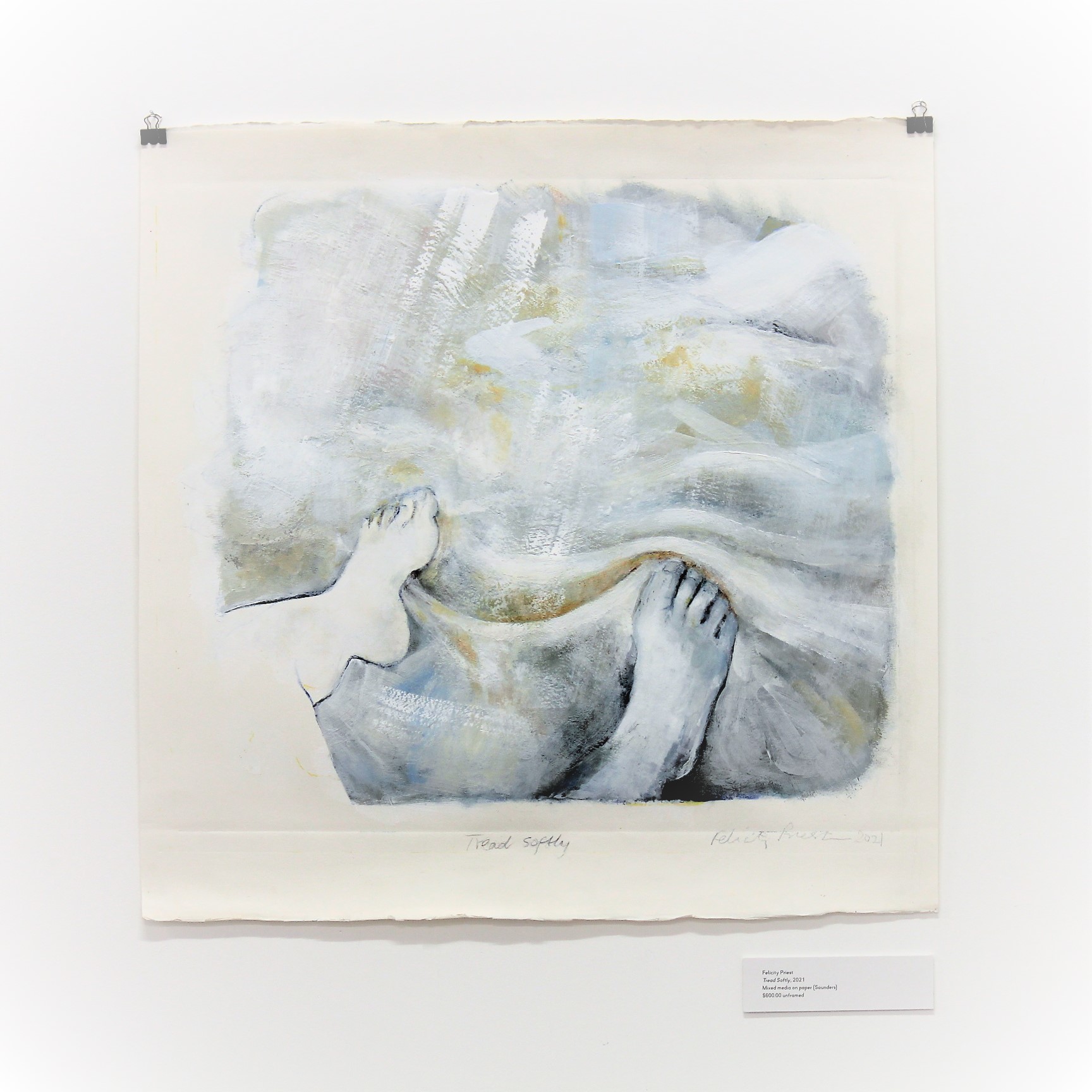 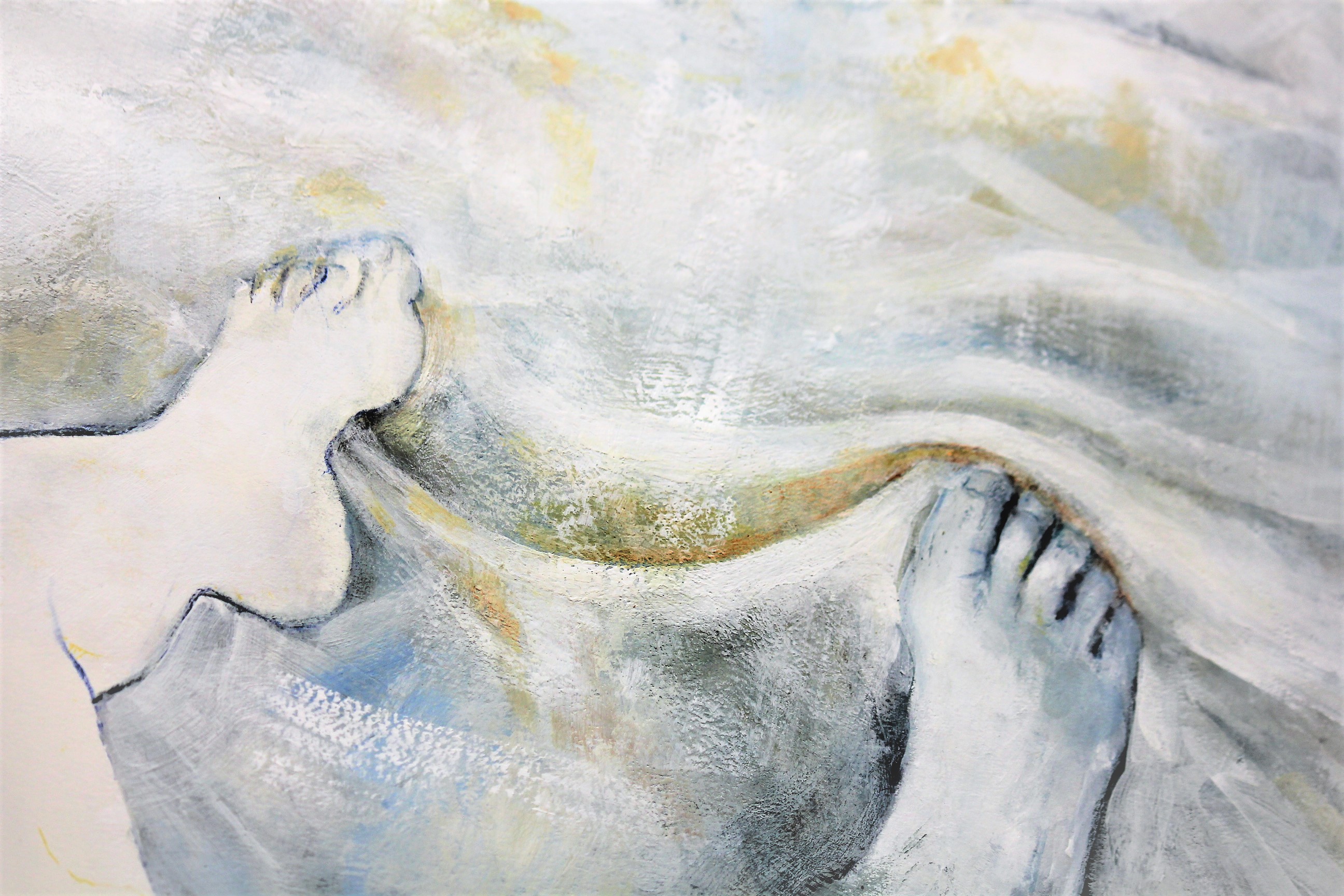 Finding words for it –  an attempt

It is to the coastal wilderness that I continually return, where the buffet-ting of wind and the fragrance of salt and sea fuse with the sound of mewing gulls on the foreshore. It is my muse – a  place of solace and enduring inspiration.

Latterly in Wellington, it was daily for me down to Owhiro Bay (Maori – Moonless Night) where massive ocean swells roll in from Raucawa Moana / The Cook Strait, Tasman and far beyond. Waves pound relentlessly upon fall of rock, and send up spray to tease at cliffs high high above. I am witness to the majesty and might of it and it is where I walk, draw and dream.

Three small oil paintings here began as abstractions – musical evocations in line and colour, circles of sonority, tintinnabulations of light and colour, glimpses of which still remain as tiny fragments but which still carry energy – pulse and rhythm. Overlaid images of headland, bay and Tasman turbulence are emergent yet are but dreams, songs without words, whispers of light and air.

A former bay side occupant, the brilliant contemporary composer Gareth Farr created a remarkably evocative piano prelude entitled Horizons from Owhiro Bay.  For me the composition is profoundly empathetic and resonant. Boasting seven flats in its key signature and written in 7/8 time, it ripples and winds through time in sweeps of sound, referencing the lunar dusk and the far beyond. An inveterate wave watcher, I count for ‘the pattern of seven’ and quietly wonder if Farr had also intentionally embedded the phenomenon in as a structural element to the composition.   https://www.youtube.com/watch?v=h5twrlTozukv

William Butler Yeats’ poem “Aedh wishes for the cloths of Heaven” is the source of inspiration for the mixed media paperwork. One of the most beautiful love poems in the English Language, I love it for its passion, yet quiet delicacy and overarching sense of the infinite: and as with Farr’s piano prelude, exquisitely touches upon the tender world of dreams.

“Had I the heavens’ embroidered cloths,

Enwrought with golden and silver light,

The blue and the dim and the dark cloths

I would spread the cloths under your feet:

But I, being poor have only my dreams;

I have spread my dreams under your feet;

Tread softly because you tread on my dreams.”