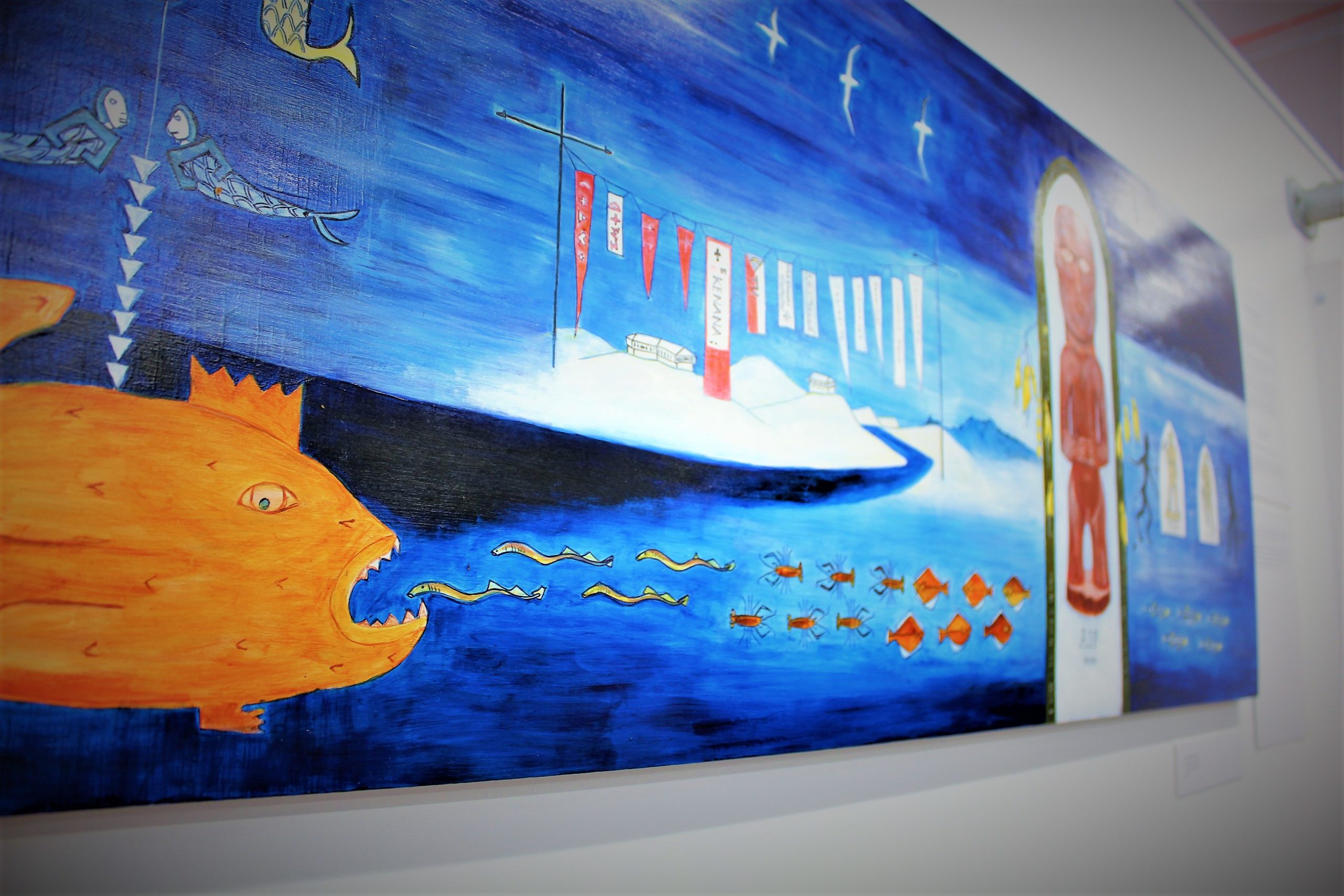 He uri ahau nō te Kāhui Rere, nō te Kāhui Maunga, nō Ranginui e tū iho nei, nō Papa e takato ake nei. I descend from those that could fly at will, the mountain dwellers, Sky Father standing above and Mother Earth lying below. Part of my DNA is also Irish and English, quite likely Scottish too.

On the 30th of August 2019 an Agreement in Principle (A.I.P) was signed at Pūtiki between a sector of Whanganui iwi and the Office of Treaty Settlements. This non-binding agreement broadly outlines a possible pathway to address the wrong-doings of the Crown since the signing of the Treaty of Waitangi in 1840.

Our people saw this as an opportunity to re-set the intention of the Treaty. Based on knowledge of ancestral precedents a symbolic entranceway called ‘Te Tomokanga’ was created. Crown agents wishing to pass through that entranceway would agree to certain terms of engagement, as is the case when one ritually enters the sacred space of a marae.

This work references the A.I.P and a number of narratives as experienced, past and present, by the people of this Coast, the Whanganui River and hinterland. In one of the narratives I have re-claimed the space on which the York and Rutland Stockades were built in the 1840’s.

Medium: Acrylic paint on board

Status: Not For Sale